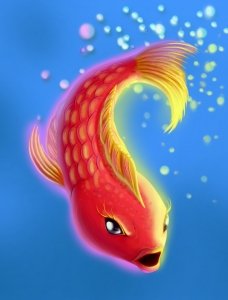 Today I have a part of a story with the name Melbas Journey to the Ocean for you, which is chapter one of a book written by my son Achim Mohssen-Beyk.

Little Melba’s Story, is meant as a story for kids, but it also is a story an adult can read.  It is a story about life and there are many insights that may make think about life. It is for adults or young adults as well.

Is it not much nicer to read a story that reminds us of the storytelling of our childhood?

Especially in our time, we need to be reminded that life has not to be restricted and we have a lot of possibilities to go out and explore the world.

Are we caught in circumstances and forget that we can change things?  Even if others tell us you can’t you are not smart enough, it is dangerous. It is not true, we are more powerful than circumstances and we need to let our younger generation know that everything is possible.

My son did write Little Melba’s Journey to the Ocean originally for Lea and Shirin his daughters, my grandkids.

Maybe you too have kids or grandkids which you want to encourage and let them know that the world is open for them to explore and that they are able to become whatever they can imagine.

I remember my kids did read similar stories and we discussed them. This helped to open the mind to realize that there is more to explore in life and that there are infinite choices we can make for our life. To get aware that we can become and be whatever we desire.

It needs imagination and support, not people who hold back and discourage.

This little book has 10 chapters and there are insights that are encouraging and thought-provoking for kids and adults.

Do you make time to discuss life with your kids or grandkids?
Also, do you take time to think about your own possibilities? Do you encourage them to think?

Also, I know usually we all are busier with the internet than with talking and discussing.

But now is the right time to reflect and talk about the life we want and stand up against imposed restrictions that may affect our future generations’ way of living.

Maybe  Little Melba’s Journey to the Ocean is an opportunity to make storytime and talk about it?

Here is Chapter one for you and Melba has more adventures on her journey.

Chapter one – Melba leaves the familiar

It was the longest winter night at the bottom of the ocean. An old fish gathered 12,000 of her children and grandchildren around her and began to tell them a story:

Once upon a time, a little red fish named Melba lived with her mother in a small creek high up in the mountains. Their home was behind a black rock where they slept under the leaves of a water Lilly at night. Melba longed for a long time to see the moonlight shine once in their home. From morning till evening, Melba and her mom swam after each other. Sometimes they swam among other fish and rapidly darted in and out of small crevices.  Melba was the only child. Of the 10,000 eggs which the mother had laid, only she had survived.

Melba had been for several days deep in thought and had talked very little. She was listless, swam slowly behind her mother around the pond, and did not play with the other fish. Her mother thought that Melba was sick and would soon be well. In reality, Melba’s sickness was really something else!

It was one early morning before sunrise when Melba woke her mother up and said: “Mother, I want to talk to you.”
Half-asleep, the mother responded: “Melba, this isn’t the time to talk. Save your words for later. Shouldn’t we go swimming and find breakfast?”
“No, Mother! I don’t want to go swimming anymore, and I am not hungry. I must leave here.”
“Do you really have to leave?” asked her mother.
“Yes, Mother, I must go,” said Melba.

“Just a minute! Where do you want to go at this hour of the morning?” worried her mom.
“I want to go see where the stream ends”, replied Melba impatiently. “You know, Mother……, I’ve been wondering where the end of the creek is. I haven’t been able to find the answer for this for months.

I didn’t sleep a wink all night, thinking about it. At last, I decided to go and find where the stream ends by myself. I want to know what’s happening in other places.”

The mother laughed, “When I was a child, I used to have thoughts like that. But, my dear, a creek has no beginning and no end. That’s the way it is. The creek just flows and never goes anywhere.”
“But mother, isn’t it true that everything comes to an end? Nights end, days end, weeks, months, years …” said Melba.
“Forget such big talk,” interrupted the mother – “Let’s go swimming. Now is the time to swim, not talk.”
Melba called out impatiently: “No, Mother, I’m tired of this swimming around, I want to set out and see what’s happening elsewhere. Maybe you think someone taught me these ideas but believe me, I have had these thoughts for a long time.

Of course, I’ve learned many things here and there. For instance, I know that when most fish get old, they complain that they wasted their life. I want to know if life is simply for swimming around in a small place until you get old and nothing else, or is there another way to live in the world?”

What is this other world?

When Melba finished the mother with a sigh: “My dear child, are you crazy? World! … World! What is this other world! The world is right here where we are. Life is just as we have it…”
Just then, a large fish approached their home and said: “Neighbour, what are you arguing about with your child? Aren’t you planning to go swimming today?”
Hearing her neighbor’s voice, the mother came out of the house and said, “What happened to this world! Now children even want to teach their mothers something!”
“How so? “asked the neighbor.
“Listen to the places Melba wants to go!” replied the mother. “Saying over and over again I want to go see what’s happening in the world. What big talk is that?”

“Little one,” said the neighbor, “let’s see. Since when have you become a scholar and philosopher without telling us?”
“Madam,” answered Melba, “I don’t know what you mean by ‘scholar’ and ‘philosopher,’ I’ve just gotten tired of these swimming around. I don’t want to continue this meaningless stuff and pretend to be happy until one day I wake up and see I’ve become old but still know as little as I do now.”
“Oh, what kind of talk is this?” exclaimed the neighbor.
“I never thought my only child would turn out this way,” said the mother. “I don’t know what evil person put such thoughts into my sweet baby’s mind.”

Use your mind and intelligence

“No one put me up to anything,” said Melba. “I have a mind, and intelligence, and understanding. I have eyes and I can see.”
“Sister,” said the neighbor to Melba’s mother, “do you remember that twisted-up snail?”
“Yes, you’re right,” said the mother. “He used to push himself on my baby. God knows what I would do to him if he still would be around!”
“That’s enough, Mother,” said Melba. “He was my friend.”
“Friendship between a fish and a snail?” said the mother, “I’ve never heard of such a thing before!”
“And I’ve never heard of a fish and a snail being enemies,” replied Melba. “But you all drowned the poor fellow.”
“This is all in the past,” said the neighbor.
“You brought up the subject from the past yourself,” said Melba.
“It served him right to be killed,” said the mother. “Have you forgotten the things he used to say everywhere he went?”
“Then,” said Melba, “kill me too since I’m saying the very same things.”

To make a long story short, the arguing voices attracted the other fish. Melba’s words angered everyone.
One of the old fish asked, “Did you think we’d pity you?”
“That one just needs a spanking,” said another.
“Go away you all,” said Melba’s mother. “Don’t you touch my child?”
Another of them said, “Madam if you don’t raise your child correctly, you must expect it to be punished.”
The neighbor said, “I’m ashamed to live next to you.”
Another said, “Let’s do to the little fish what we did to the old snail before it causes more trouble.”

“Oh, my baby is leaving me. What am I going to do?

When they tried to grab the little redfish, her friends gathered around and took her away from the quarrel.
Melba’s mother beat her head and chest and cried, “Oh, my baby is leaving me. What am I going to do? What a curse has fallen upon me!”
“Mother, don’t cry. Cry for all the old fish who stay behind,” said Melba.

A picture from another chapter

“Don’t get smart, little one!” shouted one of the fish from afar.
“If you go away and afterward regret it, we won’t let you come back,” said a second.
“These are useless thoughts of the youth. Don’t go,” said a third.
“What you think is wrong with this place?” said a fourth.
“There is no other world. The world is right here. Come back!” said a fifth.
“If you turn reasonable and come back, then we’ll believe you really are an intelligent fish,” said a sixth.
“Wait, we’ve gotten used to having you around …” said a seventh.
The mother cried, “Have mercy on me. Don’t go! Don’t go!”

Melba didn’t have anything more to say to them. Her desire to find the answer to finding out where the creek ends were stronger.

Several friends of the same age accompanied Melba as far as the waterfall. As they parted, Melba said, “My friends, I hope to see you again. Don’t forget me!”
“How would it be possible to forget you?” asked the friends.

“You’ve opened our eyes. You’ve taught us many things that we had not even thought about before. We hope to see you again, wise and fearless friend. Good luck.”

Melba waved her friends goodbye as she swam away. Even though she was sad, she wondered if the things she may encounter along her journey.

Dare to question things and to discover Life

Dare to question things and to discover Life. Do what you are passionate about if it is positive, even if others want to hold you back and say you can’t. Of course, no one has to leave home like Melba did to learn more about life. Don’t be shy to imagine your future and look positively at life; it is a journey for each of us.

Sununu lifts moratorium on job-search requirement for unemployment benefits May 6, 2021

How to Make Merch that SELLS + Personal Development with Simon of Music on Your Own Terms • Monica Strut May 5, 2021